THE CAMPAIGN FOR MADEIRA

For Gregory & Chapin Brown ’19, Giving is a Collaborative Process 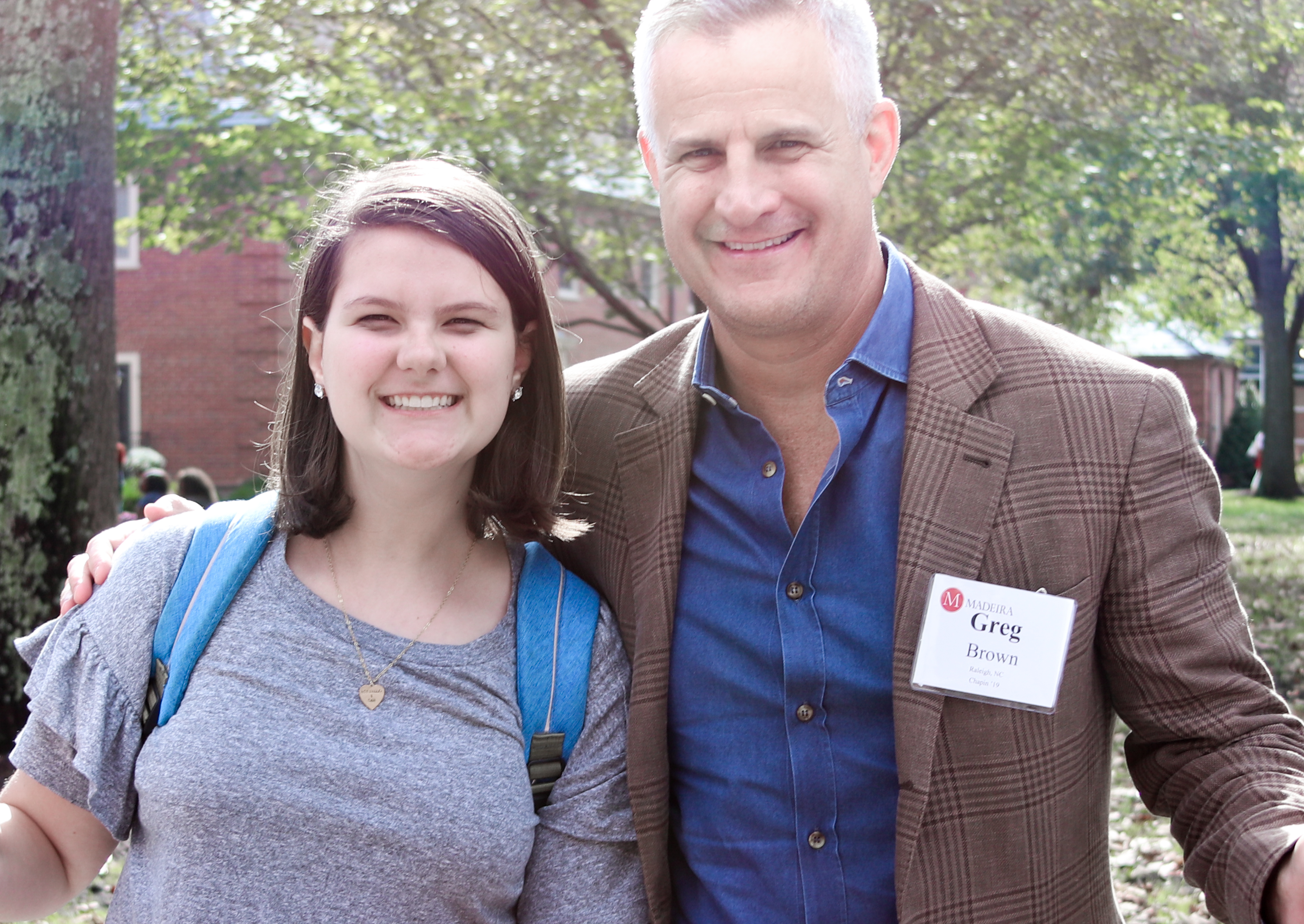 In addition to her regular duties as a student, Chapin Brown ’19 has been involved in a collaborative process with her father, Gregory, to decide the most effective ways to contribute to the All the Difference campaign.

Chapin explains, “My Dad was intent on having me as involved as possible so that he would donate something that would be useful and something that I could be proud of. I have enjoyed being involved in the conversation. I was wary at first because I was intimidated to discuss financials, but it’s been very meaningful to me.”

Madeira Ties Begin Early
The affection that the Browns have for Madeira started long before Chapin enrolled. As a high school student, Gregory participated in a program in 1982 that brought students to the Soviet Union. Joining him on the trip were several Madeira girls, who immediately made a strong impression on him. He formed lasting connections with the Madeira girls, staying in contact throughout high school and beyond.

He also became close friends with Madeira alumnae when he was a student at the University of Virginia. His strong positive impression of Madeira girls continued and he always thought that it would be a great place for his daughter to attend.

When the time came for Chapin to choose a high school, he did not want to pressure her one way or another. Instead, he provided her a roster of schools and allowed Chapin to make the decision herself.

Academic Rigor with Nurturing Environment
Chapin remembers the final decision and how her mind always came back to Madeira.

“When you walk onto campus, you get such a positive vibe. I did not feel that at any of the other schools. With Madeira, it just felt right.”

Gregory adds, “When she chose Madeira, I was really excited because I thought it was the perfect school for her due to the high academic rigor and the nurturing environment for young women. I feel that the alumnae are the best evidence of the school’s success. I have been so impressed with Madeira alumnae.”

Gift Honors Special Person
Not only has the process been collaborative, but it’s also been meaningful. Chapin and Gregory are dedicating their gift to Chapin’s late godfather, John Mason Flicker, who was Gregory’s best friend. He and Gregory met at boarding school, Deerfield Academy. Before he passed, John ensured that Chapin had the ability to attend the boarding school of her choice. Chapin would not be at Madeira without John and she is forever grateful.

“John meant so much to my Dad and me. We want his legacy to be honored not only at a place where he went to school, but also at Madeira, because I would not be here without John’s help. It’s definitely touching.”

The Brown’s gift is designated to the modernization of the dorms. Chapin and Gregory recognized the importance of upgraded spaces, like additional adult apartments, larger common space for the whole dorm to congregate, modernized bathrooms, lighting, and heating/air conditioning, as an essential part in building a great residential community, so dorm modernization resonated with them.